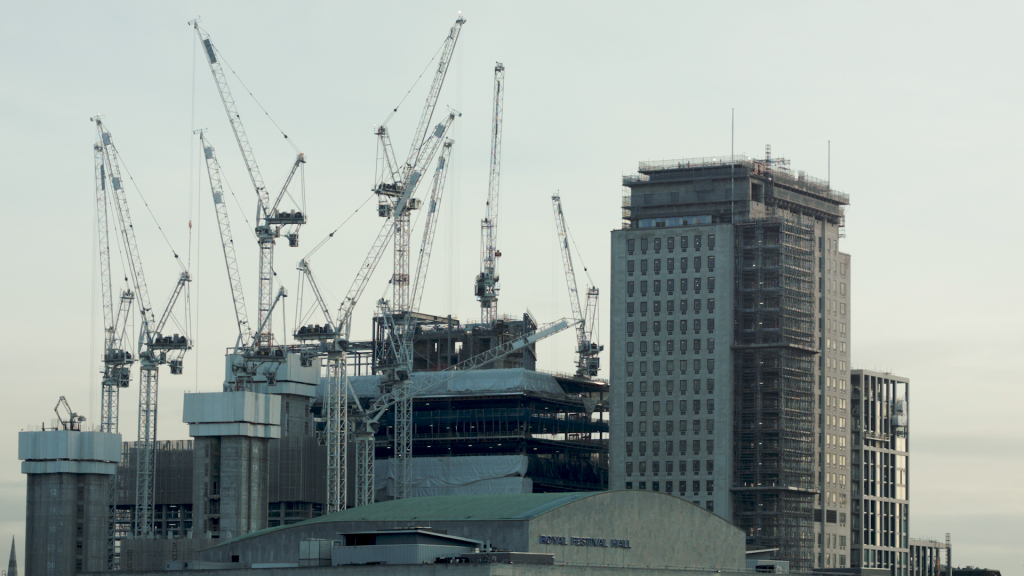 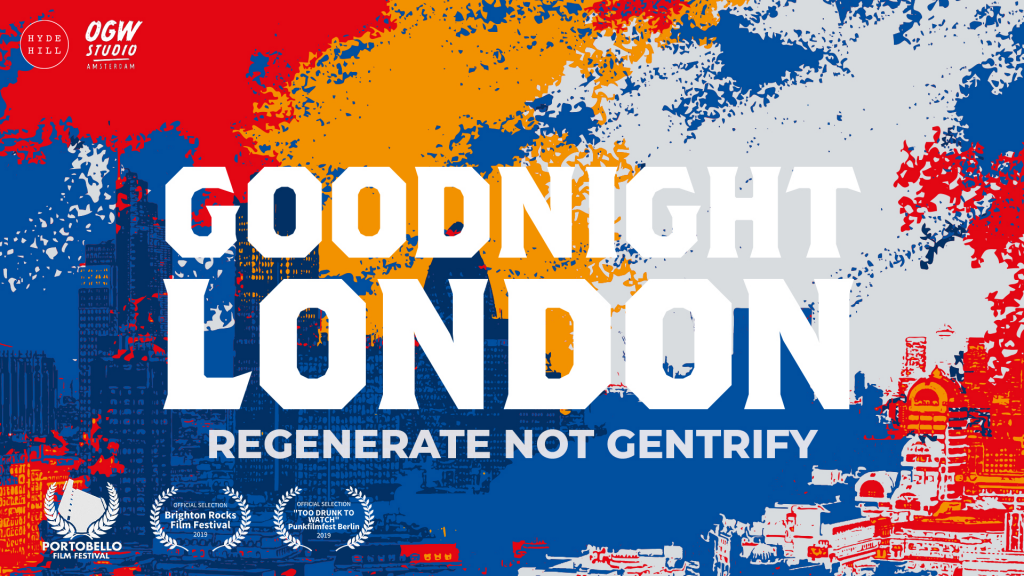 Filmed in 2018, Goodnight London is a portrait of a city in flux set against the backdrop of Brexit Britain, austerity and urban regeneration.

Real estate investment, city-wide transport projects, idealised high streets, designated ‘cultural quarters’, are just some of the urban renewal schemes which aim to deliver long-lasting economic, social and environmental improvements for the city, but very often serve only to displace pre-existing residents, strip away the individuality of neighbourhoods, and expose socio-economic inequalities.

The film traces personal accounts of changes seen in some of London’s boroughs in recent years. The 2017 Grenfell Tower fire in north Kensington, closure of youth centres, libraries and social clubs in Brixton, soaring property prices in Bermondsey, the collapse of small-scale retailers in Peckham, and the ruin of many bohemian bars, clubs and music venues in London’s West End, demonstrate how relentless expansion and commercial motivation have negatively impacted livelihoods, community networks and fostered greater discrimination across the city.

Screened on Sky Arts New Zealand, at Byline Festival and premiered at All Points East, London.